I initially made the acquaintance of chú Phạm over the internet in 2008. I was about 23 years old and started a job as editor of Northwest Asian Weekly, not too long before he contacted me through his AOL email address. He wrote me because he noticed my name is Vietnamese. I didn’t know it at the time, but chú Phạm was always in the habit of keeping a lookout for local Vietnamese people doing noteworthy things—because the threads of his leadership were about amplifying and connecting.

In that first bit of contact over email, he told me he wanted to invite me and my parents to a fundraiser that his newspaper was organizing.

I felt very shy, very intimidated because he was an elder, a badass news publisher, and I was uncertain in my Vietnameseness. I also was positive my parents would be the worst to bring to a fundraiser.

So I politely declined his overture.

He expressed an inordinate amount of disappointment, that we couldn’t come. I specifically remember his regret being centered around the fact that I wouldn’t be able to meet his daughter, “Dr. Julie Pham.”

I felt really bad about that—I worried that maybe I had somehow let him down. So I was like, “I guess I can meet your daughter some other time?”

I remember his response being immense. I remember him legit being ecstatic. I remember him writing back something like, “I’m so happy! Editor of Northwest Asian Weekly and Dr. Julie Pham will meet! Yay for us Vietnamese community!”

His happiness and pride seemed very outsized to how I felt in my insecurity and uncertainty. Like, I wasn’t sure what he was expecting from this playdate for two adult women that he was setting up. I didn’t feel like an important person or representative of the Vietnamese community. I was intimidated over the fact that he kept referring to his daughter as “Dr. Julie Pham” because I only have a bachelor’s degree. Like, I wondered if he was really sure he wanted this playdate to happen. I wondered if I was good enough.

This was before I knew more about him, before I knew of his thoughtfulness and his empathy. He didn’t scrutinize and compare like that. His enthusiasm was pure. His immensely bright and beautiful pride in his kids wasn’t really due to title and status, but in who they are as people.

So Julie ended up becoming one of my closest friends in life. And over the past year, I’ve had the incredible opportunity to do some work for Người Việt Tây Bắc. I got to think really hard about what chú Phạm might want for things to look like and how he might want things to work. I felt ridiculously pleased whenever Julie reported to me that her dad was enjoying Facebook and editing news stories on the website.

From the vantage point of a friend, I also got to see, just a little bit, the many different life shifts that happen in response to huge news.

To be honest, I didn’t really want to, but I said yes.

I met him at his office, and we sat side by side in chairs in a tight hallway. I called him “bác Phạm” initially because I thought bác was the right honorific befitting a man like him in relation to me, but he kept completely ignoring that and referring to himself with the more diminutive honorific, “chú.” It made me so anxious and freaked out, but I went along with it because who was I to decide who he was to me?—and switched to chú halfway through our conversation.

My phone was clenched in my hand, because I was recording our conversation on it. He was very soft-spoken, and I had to stretch so hard to hear him—because I was too polite and aware of him to ask him to please speak a little louder. He had the same accent in Vietnamese that my mom does, so there was a blessed familiarity and ease—at the very least—in the tones of his voice.

He told me about when he and his family fled Vietnam, the beginnings of life in an entirely new country, first delivering pizzas and newspapers to make money, as he grasped toward a college education. He also talked about his fourth child a lot—his newspaper. He preferred not to say what it meant to him—he wanted to focus on what it means to others. There was one particular thing he said to me that completely gutted me in 2016, and it guts me now.

“Sometimes there are things we face that are insurmountable. Sometimes despite our best efforts, we become dispersed anyway. And I don’t want to pass the buck onto the younger generation—so we just have to keep on pushing for more.”

“My two wishes are that we have a strong voice, so that people know that we are here, that we are devoted to this country. This place is our home. My other wish is that Vietnamese will broaden their vision for themselves. Parents need to teach their kids the importance of having a voice and of civic involvement—there’s more to life than just being a doctor or software engineer or just chasing jobs that bring in financial success. That kind of financial success can foster a private, insular life. … We have people with the talent and endurance to be community and political leaders. We need to encourage them because when we teach people to just allow life to just happen to them—it’s a loss and a waste. We need more representation.”

Chú Phạm was honestly such a class act. A lot of us can’t read Vietnamese, so something that we often don’t realize was what a fantastic journalist and editor he was. It’s a shame that there aren’t more of us who can read what he wrote in his strongest language. He was rigorous, he was detailed, he was accurate—he cared so much.

He never sensationalized. He never forgot who he was serving—he never used his newspaper as a mouthpiece for himself. He was brave enough to give his readers unadorned facts, because he believed in them—he believed that they would put the pieces together and draw ethical conclusions for themselves. 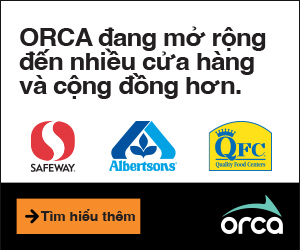 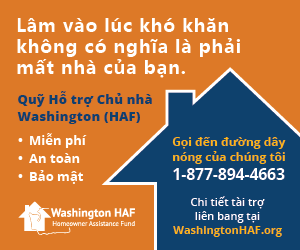 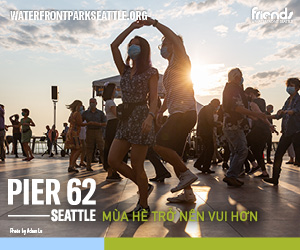 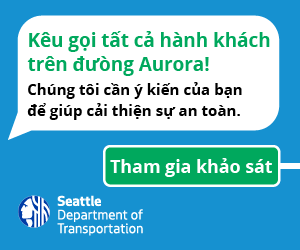