A community’s commitment to leaving no Vietnamese immigrant behind

You do not forget a person like Minh-Duc Nguyen, because you know, somehow, that she will not forget you.

If Minh-Duc had it her way, no one would be forgotten.

Minh-Duc is the founder and Executive Director of Helping Link, an all-volunteer organization that has been innovatively responding to the needs of the Vietnamese community in Seattle, Washington since 1993. Helping Link’s resource and educational model, deeply rooted in cultural values of family stability, self-sufficiency, and resilience, has been a major contributor to the thriving Vietnamese community. That community, in turn, has significantly enriched the robust economy and diverse cultural landscape Seattle is known for today.

Helping Link, now in its 28th year, is a model for how a community can come together to lift itself up. “Our mission,” says Carrie George, Helping Link’s Board President, “is to empower Vietnamese-Americans’ social adjustment, family stability, and self-sufficiency while nurturing community service and youth leaders.”

“We work with about 40 to 50 volunteers every year,” adds Minh-Duc, “and they produce 6,000 to 7,000 [volunteer] hours a year for us, which is tremendous. Most of these volunteers are students and working professionals. We ask for a commitment of four hours per week, but most give more. Without the team of volunteers there’s no way we can do what we do. They are really the heart and soul of our organization.”

Classes are free, and the newly arrived come to learn pretty much anything and everything that can help them adjust to life in the States: how to speak English, how to attain U.S. Citizenship, how to use an iPad, how to navigate the public transit system. Over the years Helping Link’s services have also expanded to include cultural celebrations and Vietnamese as a Second Language, aimed at the children and grandchildren of Vietnamese immigrants.

Helping Link also proves how people with authentic, shared-lived experiences are best suited to lead change efforts in their own communities. Minh-Duc explains she started the organization because she remembers what it was like to be a refugee. In 1975, when she was just a teenager, Minh-Duc’s family escaped from Vietnam to the United States just before the Fall of Saigon. Her father had served in the South Vietnam Air Force. “It was crucial that he leave the country,” says Minh-Duc. Former military officers from Southern Vietnam would soon be rounded up and forced into “re-education camps,” where many were tortured and abused.

After some months in various refugee camps in the U.S., Minh-Duc’s family landed in Redmond, Washington, “the day before school started.” Today, Minh-Duc and all four of her siblings are University of Washington alumni, “and we are all pretty successful in our fields.” She attributes much of her family’s success to the “incredible effort” of the sponsors that helped them adjust to their new lives, get access to legal assistance, and pursue a path toward higher education. “We were all very lucky,” she says.

That success, however, felt hollow to Minh-Duc when she and her mother returned to Vietnam in 1993, when the country reopened to visitors. Minh-Duc had just graduated with a degree in social welfare, and she laughs at her own naivety. “I thought I knew what it was to be poor. I thought I knew everything. But from the minute we landed at the airport until we left two weeks later, I don’t think I had a moment without profound sadness.” Minh-Duc and her mother had returned to a Vietnam devastated by war and poverty.  The sheer number of disabled people was astounding. “They were everywhere, people that lost a part of their body to fighting in the war.” And people like her father, who had “collaborated” with the U.S. government, were outcasts. “They owned only what they had on their backs. They were begging for money. It was the most excruciatingly painful thing I had ever experienced.”

From Despair to Action

After that trip, it took two months for Minh-Duc to rouse herself from the deep depression that afflicted her upon her return to the United States. “I was full of guilt because of all the opportunities and resources that I was given that I didn’t appreciate that much. But I had to do something.”

She didn’t have to look far. Though the war was long over, thousands of refugees were still coming to the United States from Vietnam under various post-war treaties that allowed former political prisoners and their families to emigrate. Aware that her father and her family could have easily been in this group had they not been so fortunate, Minh-Duc started organizing to assist Vietnamese refugees living in South Seattle.

Minh-Duc talked a friend who coordinated operations at housing  complex in Rainier Valley into allowing her to use his office as a drop-in center. “He said, ‘Okay, do whatever you want to do, just don’t get me fired,’” Minh-Duc remembers. And just like that, Helping Link was born. Minh-Duc and two of her friends assisted recent Vietnamese refugees with the copious amount of English-language paperwork that comes along with life in the U.S., helping them read letters, pay their bills, open bank accounts, and apply for school, housing, and employment. The need was enormous, Minh-Duc recalls. “At first we had three or five people, and then we had hundreds of people that would come every night.” They found more volunteers and offered more services such as legal assistance and help with navigating the healthcare system.

“I often wonder how well I’d get along in a totally new country with its foreign language and culture,” says volunteer Diane Cowles, a volunteer. “I know I’d fail miserably unless there was a counterpart of Helping Link there to lift me up.”

A Grassroots Approach to “Data Gathering”

With her background in social welfare, Minh-Duc also knew that they needed to take a survey of the community to find out what their needs were.

What they found is that people were more than willing to talk about the obstacles they faced in their new homeland. “English. They wanted us to teach them English. And of course, we said, ‘Yes, we can do it!’ Even though we had no idea how.” They scouted for a teaching location and wound up at Rainier Beach Library. “No one used it frequently because people thought it was a dangerous area with gangs and high crime. But you know, none of us knew about that. We were just happy that we got a space.” In the fall of 1993, Helping Link kicked off their first quarter of teaching ESL, which remains their core service to this day. “We were prepared for no more than 20 scholars. We had over a hundred people show up at the library. The fire department came, the police department came, it was totally crazy. They thought that there must be some major incident that happened.”

But the only incident was that Helping Link was filling a pressing community need. Again, it’s the perfect example of how people with their boots on the ground in the community are the ones most equipped to design and implement programs and efficiently adapt them to the community’s shifting needs. Take Helping Link’s after-school tutoring program, for example. “The librarian said, you need to do something with the kids because they’re running loose in the library while their parents are learning English,” says Minh-Duc. “So we were like, ‘Okay, no problem.’ We recruited more help. So that’s how our tutoring program started.”

The Double Pandemic: COVID-19 and Racism

But that was before Covid-19. “The pandemic has really turned our life upside down,” says Minh-Duc,  who had shutter Helping Link’s doors, lost scores of volunteers, and making the transition to virtual services. “I’ve been kind of restless because I thought we were leaving behind quite a lot of people that don’t have a way to get on the internet or have a device. But we recently did a community needs assessment and the overwhelming response was to please continue virtual services. Many moms who used to come to our location actually like Zoom better because before, if they took a class with us, they were not able to get dinner on the table until 8:30 or 9:00 at night. But at the same time, the people that work in the hospitality industry and the sewing company on First Avenue and in the industrial area, they used to get off work and come straight to Helping Link, which they can’t do now. I’m not sure how we can do both [in-person and virtual], because our volunteer capacity is not as plentiful as before.”

And the hits just keep on coming. Helping Link’s current facility in Seattle’s ID (International District) was ransacked during the social unrest of summer 2020. “We were targeted because of Asian hate,” says Minh-Duc. “We lost all of our digital equipment. Last August and September, we were broken into three times. We continue to get graffiti. We have tons of [hypodermic] needles on our deck. I’ve been in the ID for 30 years now, but I’ve never felt unsafe like I have recently. On the corner there, the police won’t respond anymore.” 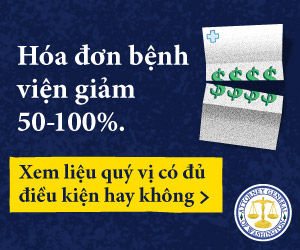 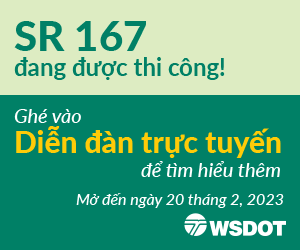 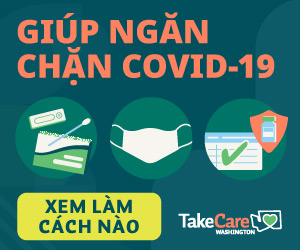 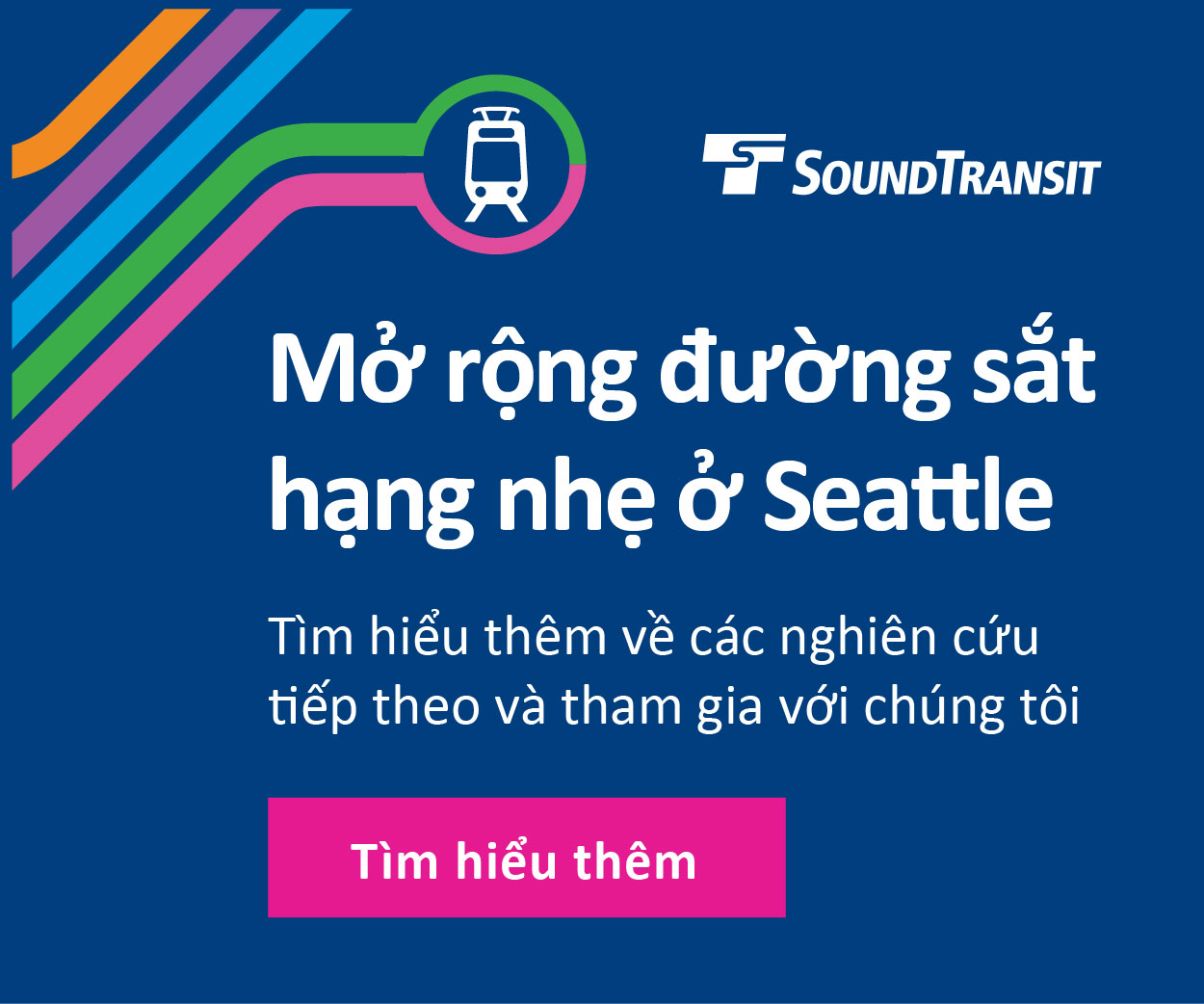 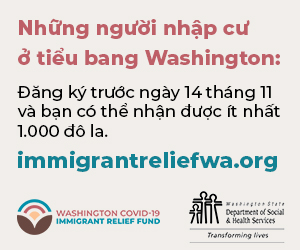